My dear friend Emily, whom I wrote about previously on my blog, had a wedding that had so much attention to detail. Nothing was forgotten. One fantastic thing she had at her wedding reception was a gorgeous gingerbread couple. Not only did they look fantastic, they tasted amazing. There were fantastic gifts at every location throughout the day, from the boat to the winery, reception and after party. Everyone got to take home fantastic bonboniere, from personalised lip gloss to custom labelled bottled water, cute moustache labelled bottle openers, beautiful soaps, and a beverage menu that was presented on a block of chocolate. There was a tree of drink tags. Everyone had their name on a label, with beautiful beads and decorations so that you could attach them to your glass and know which glass was yours. It is such a great way to add or carry a theme throughout your reception, and we had a great time the day before setting all of these things up at the venue, too.  Have you seen any fantastic ideas for bonboniere, or great table decorations? 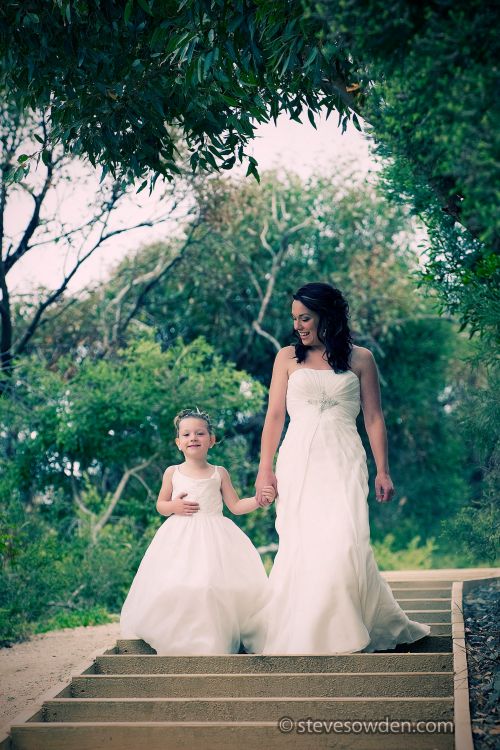 I hadn’t been to Point Addis Beach before, and when I saw the beach for the first time it almost took my breath away. It is a beautiful part of the world with amazing cliffs and a great little section where we held the ceremony.

The week before the wedding we went down to Point Addis beach for a rehearsal of sorts and worked out the logistics of where we would stand where the signing table would go.  We went at the same time of day as the wedding was planned for, so  we could see were the sun would be, and what the tide would be doing. These are all things that people sometimes forget about but are all things that need to be considered when you’re planning an outdoor wedding. We also met with the photographer Steve Sowden, it was a great to get an idea of what photos he would be taking on the day.

Not only was it a great place to have a wedding, but the ceremony was fantastic. Nate and Megs had so much input into their ceremony, and the vows that they had were amazing. I think that it might have helped that Nate is a song writer, but when I first read these vows, I had to hold back the tears myself. But what I found truly special about this wedding, is that this wedding was about uniting a family. It wasn’t just about Nate and Megs becoming husband and wife, there was also room in this special day for someone else who is a huge part of their lives, their little girl. Nate and Megs had beautiful rings especially made, that had the coastline of the beach were they were married etched into them, they also had a special pendant made up, which was presented to their little girl by Nate, who also shared some very special vows at the same time.  Not only were the words  they shared heartfelt, intimate and beautiful, the spot had significance to them as a family. It was fantastic that they could share a beautiful service in such a breathtaking setting. 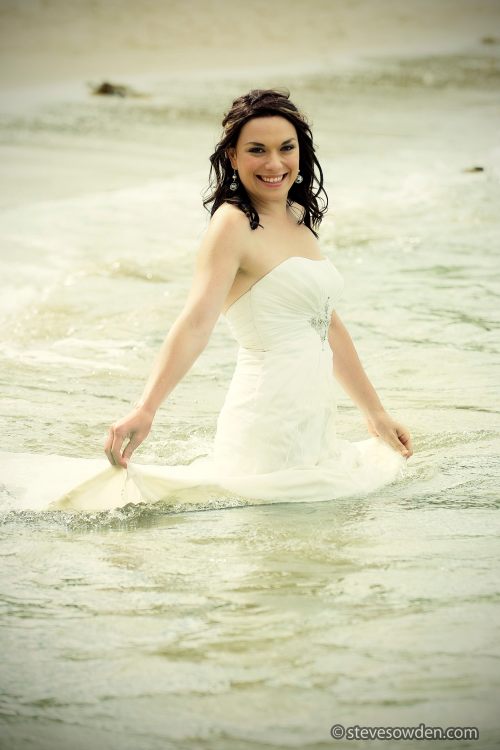 I received a beautiful save the date in the mail the other day. It is so old world style and romantic. It’s a telegram, and was something very different and exciting to get in the mail. It made me think about all the fantastic ways that you can tell your guests to ‘save the date’ for your big day. It is a great way to set the tone of your wedding or have a little bit of fun. Getting the telegram in the mail made me think about all the things that my friend might choose to have at her wedding, and made me think about how many things that could match with this lovely theme. I’m really looking forward to seeing the invitations now too.  Have you received any lovely or really original save the date cards? Or do you have any ideas on how you could link your save your date cards in with your other wedding stationary?

Tagged as ideas, invitations, mail, save the date, telegram 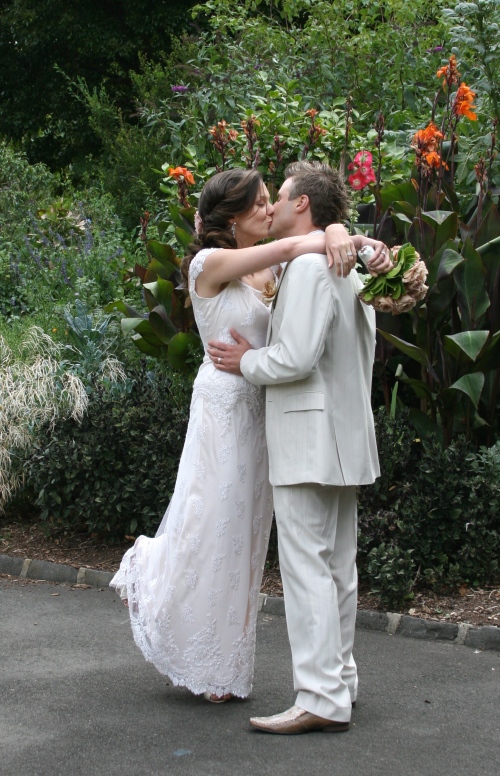 Wedding music plays such a big part on your special day. You need music for when guests are gathering, or arriving at the venue. You need to think about what music will play when you, or your wife to be, walk down the aisle. You need to think of which songs will have play when you are signing the Marriage Register, and you need songs that will conclude your ceremony. These are just at the wedding ceremony itself, before you even think about the reception or for your first dance.

Music is so personal, I love the way that it represents people’s personalities. I get excited when I hear the songs that couples choose for the moments in their wedding, especially if it is not a song that I am familiar with. I love listening to them and thinking about what the songs mean to the couple. It is interesting to see just how different people’s song choices are. I have been at weddings where the songs alone can make you shed a tear and take your breath away. 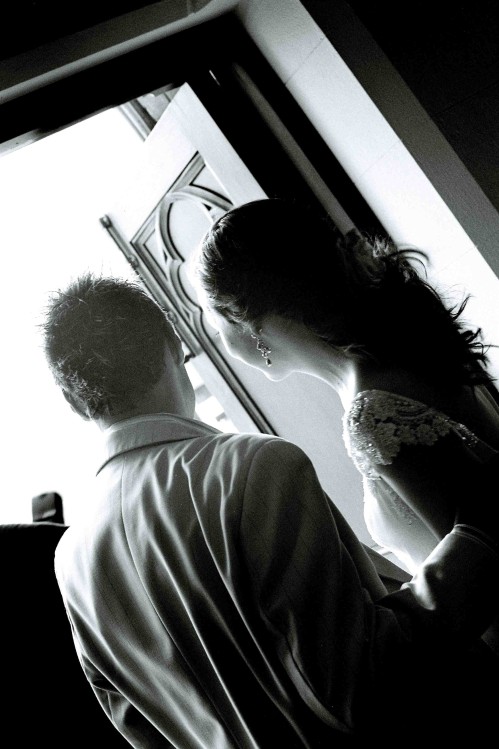 I have spoken to people who are not in a relationship or even near deciding to get married who tell me, “I’m going to have this song at my wedding.” I have heard songs that people are having and wondered about the significance, and then some other friends have had songs at their wedding which I hadn’t heard and soon became some of my favourites.  A couple very special to me had their first dance to ‘Sweet Child of Mine.’ They compromised and didn’t have the Guns and Roses version, but it was one fantastic wedding dance.  Some people just leave it to the DJ on the night, and other couples ask their guests what songs they would like to hear at the wedding, or some people co-ordinate in great detail the order of their songs. My cousin had some of the best music at a wedding I have heard. He wrote and performed songs for his new wife, they danced to Muse, and during the night I heard a pixies song that is very dear to my heart.

Have you been to a wedding where the songs that the couple chose just blew you away? What were they? What did you have at your wedding, or want if you are not yet married?

The Life of someone you love

This year has been especially tough for me, I have had to conduct two funerals. Not just two funerals, but funerals of two people who had an amazing impact on my life. The first was my step-father. My step-father was actually the ‘celebrant’ at my wedding. When I finished my celebrant training, he proceeded to ask me to conduct his funeral, me thinking that it would be years away agreed. When he passed away a large group of our family were all gathered together at the hospital and talk turned to the funeral. I remember thinking, ‘Oh no, I’m really going to have to do this’.

The more I thought about it the more I got used to the idea, and the thought of having someone else do it seemed wrong. One of my relatives asked if I thought that I should do it, because “you’re clearly very upset”, it made me more determined that I would do it and I would make him proud.

It was a healing time, to sit down and write about the life of someone you love, and it made me really look at what he stood for and the things that he was passionate about. I got to see what he meant to so many people and it made me see what he meant to me. Writing his funeral me see him in ways I hadn’t before and reminded me of all the things that I truly loved him for. It made me look at the qualities that I want to see in my own life and look at the lessons that he taught me over the years. It made me feel lucky to have had him in my life.

It was a really hard day, but I felt that it was the one last thing that I could do for him, and I was determined to do it well and make him proud of me.

More recently, my mother in law passed away and in her will she had requested that I be the celebrant at her funeral. This too was one of the toughest things that I have had to do. We had a private funeral with only family, this made things a little easier as I didn’t have to go into the story of her life and tell a lot of stories as everyone that was there knew these things about her. It was at the cemetery at the grave side, I had never been to a funeral like that before let alone performed one that way, but I think that she would have been happy with it. I think it would have been odd if someone else was talking about her, being the only person there who was not part of her family. It was a day that was filled with love and support, it made me more aware of the friends and family that surround us and that are there for us more than we can imagine.

For me she was always a problem solver and the person that I would call if there was a situation that I had where I needed advice, she would stop me doubting decisions that I had made. Just knowing that she was only a phone call away was always comforting and something that I greatly miss, I miss her smile and the sparkle in her eyes.

One thing that the day showed me was that not only was she a shining light to me, but to so many people around her.

For two funerals that were for people that were so close to me, they were both so different. I believe that the funeral should reflect the person, and should be written to reflect their life. The service is about telling the story of who they were and  showing  people the best of them. After all a funeral is about celebrating the life that they had, and really making sure that the people that are hurting and missing them can smile when they realise just how special the person was.